If you do a quick Google search, you’ll find a lot of tips on how to raise serotonin naturally.

You’ll see all kinds of information, ranging from suggestions to exercise more regularly, spend more time in the sun or eat serotonin-boosting foods.

While most of these do work, there’s very little talk about foods that decrease serotonin production. However, avoiding things that disrupt your serotonin is just as important as doing things that boost it.

So, what are some of the worst serotonin offenders?

Although coffee can give you a much needed energy boost, you know that saying “too much of a good thing is a bad thing.”

Well, coffee is no exception. Having a cup of coffee in the morning actually increases your dopamine levels more than serotonin.

Over the long-run, this can suppress serotonin production and cause caffeine withdrawal, according to psychotherapist Rachel Wright. (1)

Most grains are inflammatory. Gluten, for example, is known to cause inflammation in the gut, which is a place where over 90% of your serotonin is produced. (6, 7)

You might assume that you can tolerate grains well.

However, although you might not have a full-blown allergic reaction to refined grains as sensitive people do, eating them can lead to chronic, low-grade inflammation that robs your brain of serotonin. (8)

Read: Why is Fish Brain Food?

French fries are one of the worst enemies of serotonin. Why?

Because oils that they’ve been fried in become toxic at high temperatures, causing inflammation in your body. When you’re inflamed, a whole host of health issues ensue.

One of them is an immune response where your body prioritizes making antibodies instead of serotonin. (9, 10)

Sugar, just like some types of fat, causes inflammatory reactions in your body. Cytokine levels rise, and so does your body’s utilization of nutrients such as L-Tryptophan, which, instead of being converted to serotonin, is being used to make more inflammatory proteins.

Besides, sugar causes many other issues, such as spiking your insulin levels. This can help with serotonin in the short-term, but over the long run, it causes more harm than good – leading to insulin resistance that impairs your body’s natural serotonin production.

According to the Center for Environmental Health, many canned foods still contain the toxin BPA (Bisphenol-A).

It’s no secret that BPA negatively affects our health. But what happens to your serotonin when you consume it? Well, BPA appears to significantly hinder its production.

One study showed that mice who were exposed to bisphenol-A experienced neurotransmitter dysfunction, not just serotonin but also dopamine. As a result, these mice became depressed. (2)

Here’s the deal: organic, unpasteurized milk from grass-fed cows helps your brain make more serotonin. This is because it’s full of beneficial nutrients and probiotics that heal your gut.

However, the store-bought milk is sourced from cows that weren’t fed their natural diet. As a result, this milk is high in inflammatory omega-6 fatty acids.

Omega-6 fats are particularly problematic because they tend to prevent serotonin receptor (5-HT) binding in parts of your brain that govern mood and cognitive function. (3)

7. Alcohol as Foods That Decrease Serotonin

Many of us like to drink a nice glass of wine or a beer at the end of a long day. Some of us, on the other hand, drink to curb our nervousness in social gatherings.

But while alcohol might give you temporary relaxation, using it to cope with anxiety can backlash in the long run.

Drinking booze can temporarily raise your serotonin levels, making you feel happier. But in the long-term, excess alcohol can downregulate your serotonin receptors, thus causing or worsening depression. (5)

Alcohol also drains your vitamin B6 and B9 stores, which your body needs to make serotonin. Long-term alcohol abuse also reduces your GABA neurotransmitter, which is needed to keep you calm and get you to sleep.

So again, try to avoid alcohol. If you suffer from anxiety, talk to a qualified MD. Masking the issue with alcohol is like digging yourself into a deeper hole thinking you’re going to get out somehow. It’s only going to get harder.

The most dangerous foods that decrease serotonin levels are those high in toxins.

Primarily, I’m talking about big fish here. You know, sharks, swordfish, big tuna. All of them are high in mercury, the most dangerous neurotoxin known to man. (4)

It doesn’t take a genius to be able to tell that when something is neurotoxic, it’s damaging to all parts of the brain – including your serotonin receptors.

Opt for smaller sea creatures like fish, oysters, crabs. They’re all on the lower end of the food chain, and consequently, have lower levels of heavy metals. 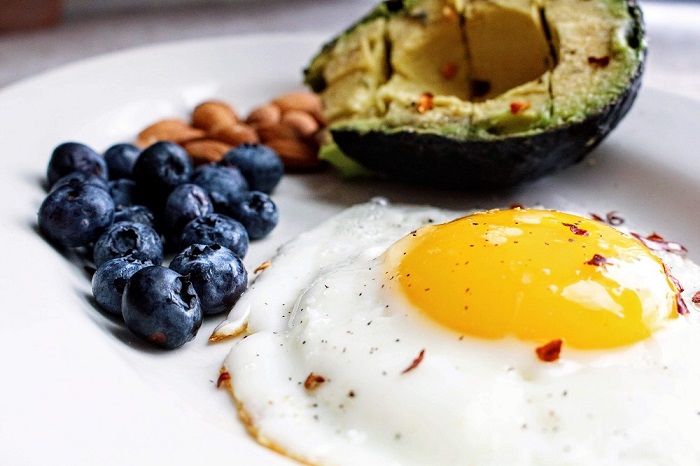