Struggling with low self-confidence? Can’t speak up or stand up for yourself?

The consequences of having low self-esteem are familiar to anyone who’s ever dealt with it. You may find it harder to make deep connections with people, and it feels like you’re not living a life true to yourself.

Vitamins for Low Self Esteem – My Research

Luckily, low self esteem is something everyone can overcome. And by everyone, I mean everyone.

One aspect of improving your self confidence is, believe it or not, your diet. Your brain craves certain nutrients to make chemicals that keep you perky, chatty and feeling good about yourself.

In this article, we’ll show you the best vitamins for low self esteem, including 8 natural nutrients, antioxidants and more.

1. B Vitamins as Vitamins for Low Self Esteem

Out of all the vitamins, B vitamins are the most important for self esteem. They support your nervous system in many ways, from reducing fatigue, boosting memory, to making you mentally sharper in social situations.

Your brain and body need B vitamins to produce energy in your cells. This includes brain cells where neurotransmitters (communication chemicals of your brain) are made.

When you’re feeling anxious, stressed, or under pressure in social situations, your B vitamin stores quickly get depleted. This leads to a vicious cycle where you’re feeling even worse.

Keeping your B vitamin stores replenished will help offset the negative effects of stress on your mind. In other words, it will allow you to stay witty and feeling confident during high-pressure situations, such as speaking in front of other people, or having an argument with someone.

A study found that supplementation of vitamin B1 in deficient individuals led to a major boost in their mood and self-confidence. Other studies show that vitamin B2, B6 and B12 play just as important role in maintain healthy mood, self-esteem and well-being.

READ: Nootropics for Confidence – Which Work?

Here’s the thing: your breathing, your physical activity, and virtually everything that happens in your body generates by-products called ‘free radicals’.

These are unstable, harmful molecules that wreak havoc on your body. They lead to increased levels of inflammation, which in turn leads to a whole host of ills and chronic conditions.

While chronic inflammation has been linked with a wide range of health problems, the biggest issue in the context of this article is depression and low self-esteem.

Essentially, when you’re inflamed, your brain’s stores of dopamine and other mood-regulating chemicals get depleted. The result? You feel low, full of self-doubt.

This is where vitamin C comes to the rescue. It has been shown, in numerous peer-reviewed trials, to significantly reduce inflammation by combating free radicals.

In doing so, vitamin C has the potential to offset any of the negative effects of inflammation on your confidence brain chemical dopamine. Which is why it’s one of the best vitamins for self esteem.

Phosphatidylserine – or simply PS – is a nutrient found in many foods. These include egg yolks and organ meats.

PS is vital for your self-esteem because it governs the most fundamental functions of your brain.

Specifically, PS maintains brain cell structure and ensures optimal communication between your neurons. PS is found in high amounts in the outer layer of your brain cells.

This makes it arguably one of the most important nutrients for overall mental health – and self esteem is no exception.

READ: What are the Benefits of Phosphatidylserine?

There’s a good chance you’re not getting enough vitamin D. A staggering 1 billion people are estimated to be vitamin D deficient.

This is bad news for your self esteem because vitamin D is incredibly important for your mental well-being.

To drive this home, consider this fact: every tissue in your body has vitamin D receptors. In your brain, vitamin D regulates mood and cognitive functioning. Many people who don’t get enough vitamin D experience depression, anxiety, and self-doubting thoughts.

Interestingly, vitamin D is the only vitamin that’s a hormone. Vitamin D as a hormone activates genes that release your brain’s neurotransmitters, including the confidence chemical dopamine and the happiness molecule serotonin.

Scientists found vitamin D receptors in cells in regions of the brain that are linked with depression. So, get in the sun more often, or if you can’t, look into taking a high-quality, high-dose vitamin D supplement.

Tyrosine is an amino acid molecule found in cheese, eggs and other foods.

It’s particularly important for the synthesis of dopamine, which is often referred to as ‘the confidence brain chemical’.

You ever seen people in movies taking substances before an interview? To feel more confident? Well, that’s because these substances raise dopamine levels.

Higher dopamine levels in male monkeys correlate with alpha behavior, and it’s the same in humans. Whether you’re a male or a female, having more dopamine makes you feel better about yourself.

You start doubting yourself less, and trusting your own decisions and thoughts more. And people around you notice that.

L-Tyrosine helps with dopamine synthesis because it is its precursor – in other words, your brain makes dopamine from L-Tyrosine.

Studies show that supplementing Tyrosine offsets the negative effects of anxiety and stress on dopamine levels – keeping you mentally cool when things get ‘hot’.

Lion’s Mane Mushroom isn’t a vitamin, but it contains nutrients that have a profound influence on your self-esteem.

Being the only ‘nootropic’ (brain boosting) mushroom, Lion’s Mane is known for:

All these effects result in you feeling better overall. What’s more, Lion’s Mane has been shown to affect serotonin, the so-called ‘happiness hormone’ of the brain.

Many anti-depressant pills work as serotonin uptake inhibitors – meaning, they maintain the levels of this crucial brain chemical to prevent depression.

Lion’s Mane offers a safer and more natural way of supporting serotonin levels which are tightly associated with self-esteem.

7. Magnesium – Vitamins for Low Self Esteem

You may argue that this is not a vitamin, and you’re completely right. But since many people are magnesium deficient, and since it’s such an important mineral for brain health, we’ve decided to include it on this list.

A good night of sleep goes a long way to boosting your mood and mental confidence during the day. Magnesium plays a role in the production of melatonin, your brain hormone that regulates sleep.

Magnesium is also essential for reducing tiredness, fatigue and brain fog – keeping you mentally clear when you’re talking to others.

Like B vitamins, magnesium quickly gets depleted when you’re stressed and anxious. This creates a cycle where low levels of magnesium worsen these feelings – resulting in constant ruminating thoughts.

Magnesium is shown to be one of the best supplements for negative thinking, including the self-defeating and self-doubting beliefs. As such, it’d be remiss of us not to put it on this list!

8. Vitamin E as Vitamins for Low Self Esteem

When it comes to self esteem, vitamin E may help in a similar way that vitamin C does. Remember free radicals?

These unstable molecules cause inflammation levels to rise in your body. The subsequent reduction in serotonin and dopamine brain levels can make you feel down and anxious in social situations.

Vitamin E, on its own, has been shown remarkable anti-inflammatory properties – including in the brain. But combined with vitamin C it’s even more powerful.

A study found that individuals who had depression and anxiety had lower vitamin E levels than people who didn’t have these conditions. Vitamin E supplementation, as such, is suggested to play a role in mood, thinking patterns and other aspects of mental well-being that are closely linked to self esteem.

So that concludes our list of best vitamins for low self-esteem. Obviously, you’ll want to combine these with a healthy diet overall to see the biggest changes.

This includes not only your supplements but also exercise, meditation, and other daily activities that you can do to improve your self esteem in the process. 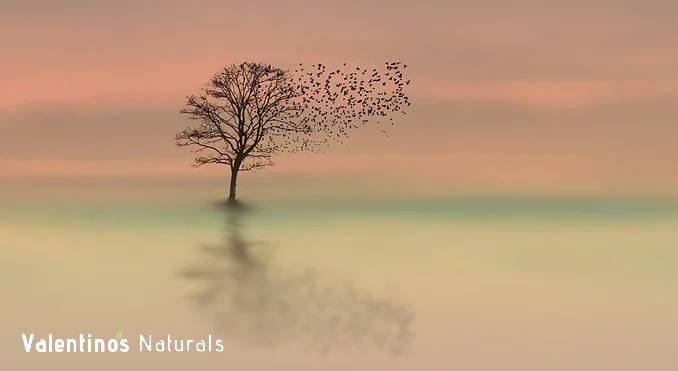 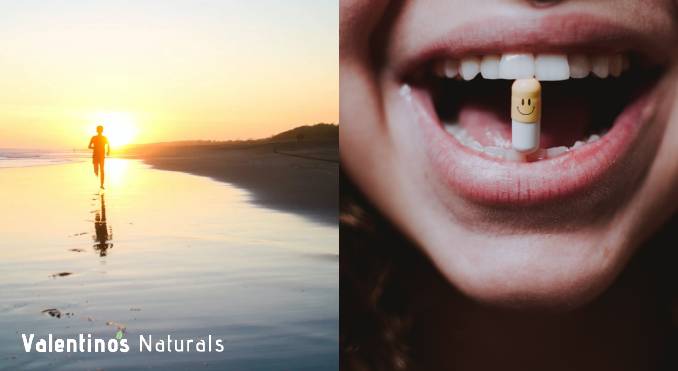